Not every airfield is the same, the software should reflect that. 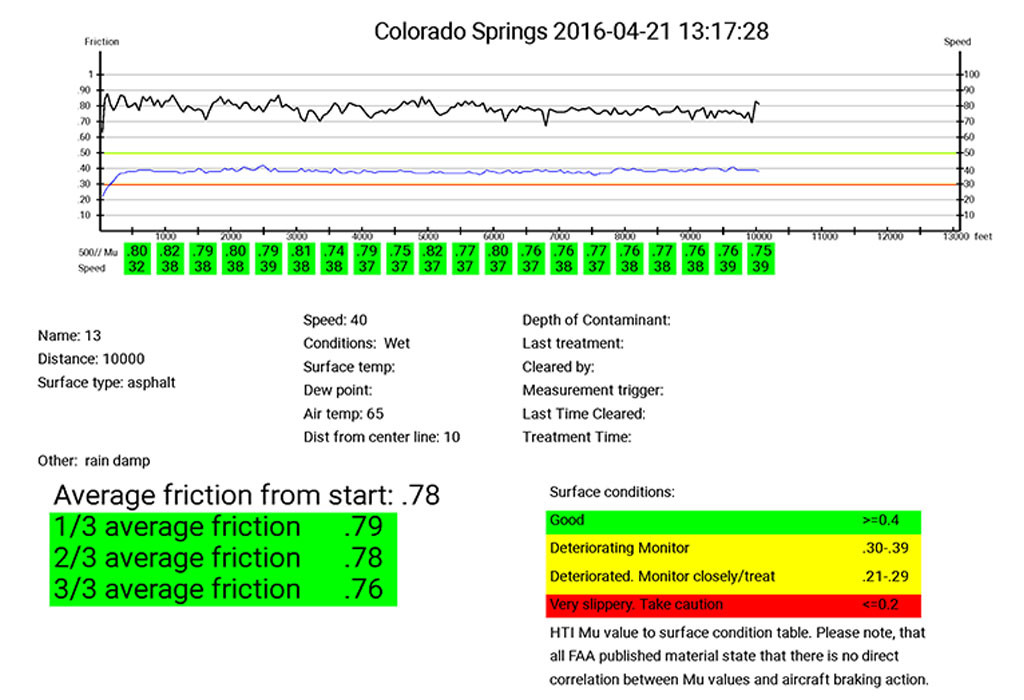 In a high speed, challenging environment software should be easy to use.

It should give you all the information that you need, while taking the least amount of time to set up. It should be hands free while you are driving and tell you when you have completed the test.  It should be adaptable because not every day is the same.  This is how we designed the RT3® Airport Friction Testing Software.

The RT3® Flight software is compatible with a laptop computer or an Android tablet.

The RT3® Display controls the RT3® Flight Friction Tester. It is simple to use with buttons to lower and raise the wheel and set the water film thickness for wet friction testing.

The data from the measuring wheel is processed in the display.  You can see in real-time the friction changing in the display window. While the RT3® is measuring at 100 hertz/second or 100 times a second, the Operator can change settings within the display to set the data capture rate.  This can range from one second, every ½ second, or every 1/10th of a second).  Most airports average the data to once per second, unless they are completing friction tests on a specific patch of problematic pavement and they want more data. 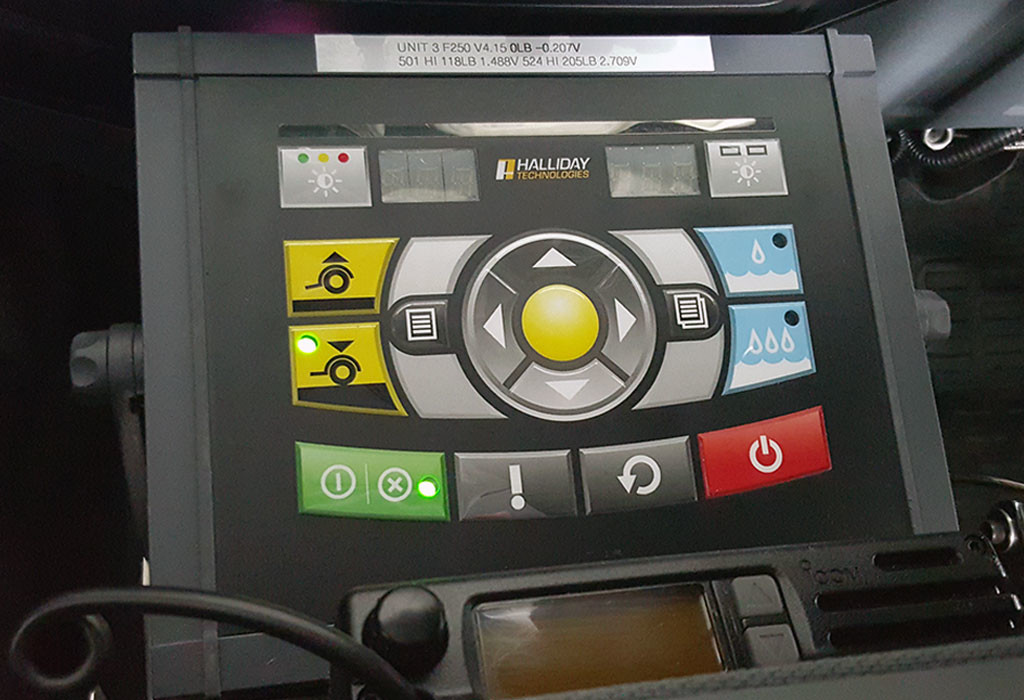 Airports choose the Android device when they want to connect to a cellular connection to email the friction testing results at the end of the run. The android device connects to the display through a Bluetooth.   For each run the Android device saves a graphical output of the run and an Excel spreadsheet with the data.

Some airports prefer to have a laptop in the cab.  The software is very similar to the Android device. The display and the laptop connect through a serial port to USB cable.  We prefer to choose a laptop with touch screen and backlit keyboard. That way it is easier to use in night time operations. 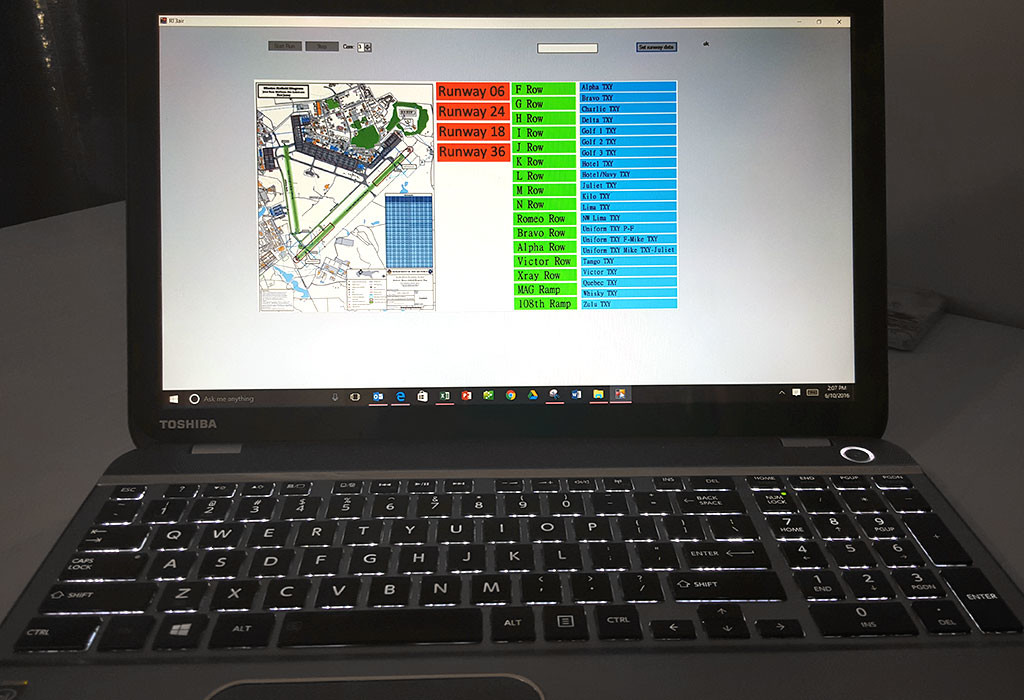 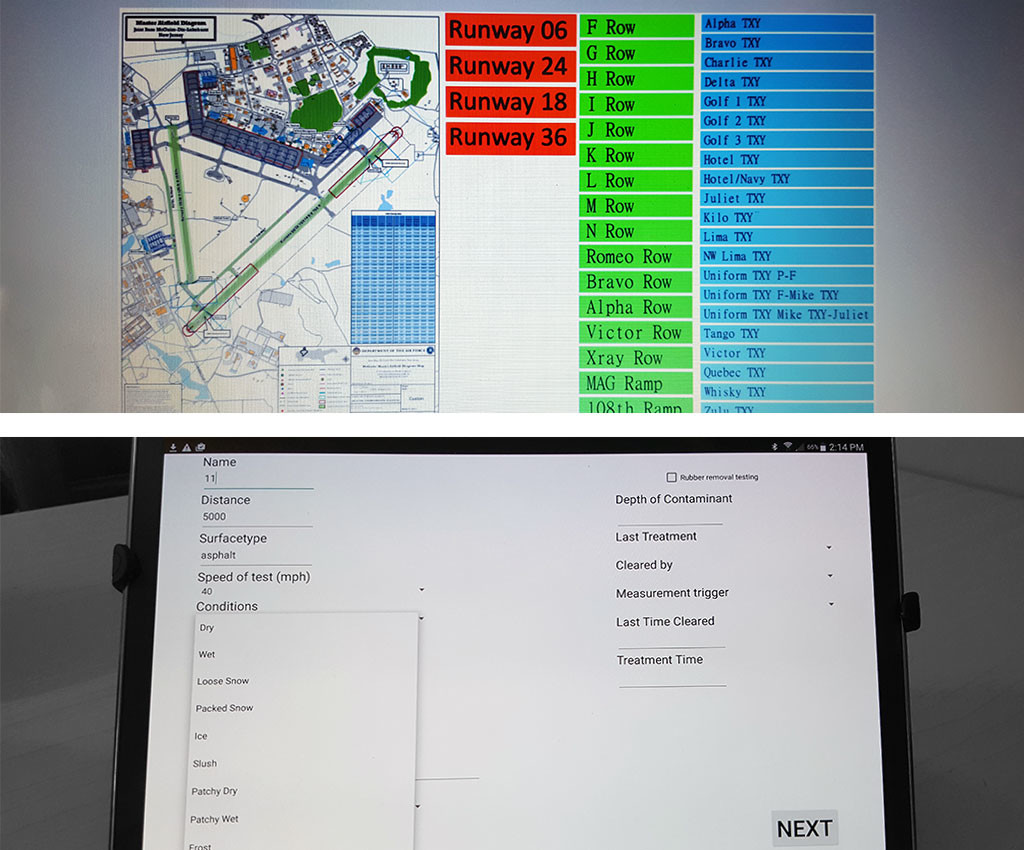 Then there is the airfields winter maintenance data.  Some airports use the RT3® Software as the tool to track their winter operations process. They use it to record when they treated, what chemical they used, what snow removal equipment they used.  We create drop down fields to match their specific practices.  Other airfields capture this information elsewhere and so only want to track the friction: we make each field “optional” or “required” based on what that airport chooses.

The output is easy to read, with all key information color coded to help the Operator decipher very quickly if conditions have deteriorated and treatment is required.   For Air Force bases we include Mu Value and the RCR value in the output. 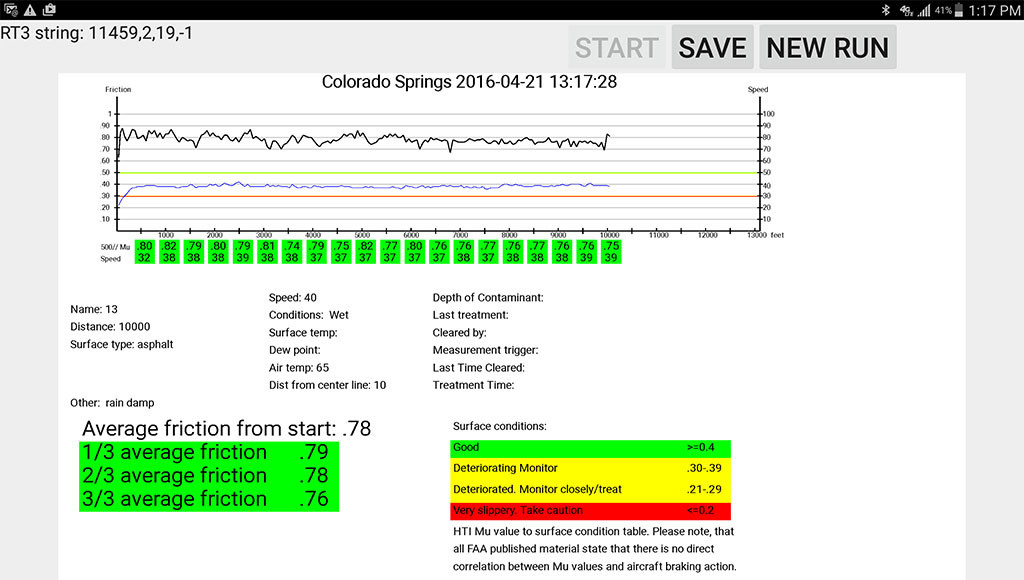 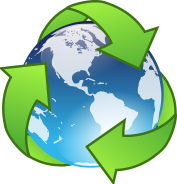